Drifting along with the tumbling tumbleweeds

I guess I wasn’t kidding when I wrote at the beginning of 2012 that I needed something to keep running interesting (hence last year’s 52 Weeks, 52 Runs). Two months into 2013 and in the absence of a bona fide wallet-busting, sleep-depriving challenge, I have not only slowed down on the blogging front (wrist slap), but also on the thing I am supposed to be blogging about.

I’m thinking I should rename this blog Stride and Tumbleweeds.

It’s probably faster than me over 5K.

In keeping with the modern tendency to blame our failings on anyone/anything but ourselves, I have come up with the five causes of my recent lack of Stridery.

I ran in some truly biting New England conditions last year, but there was nary a snowflake let alone two feet of accumulation necessitating six hours of shoveling. We were supposed to run the Frozen Pilgrim 10K in Plymouth, MA, the weekend after Nemo turned my front yard into this: 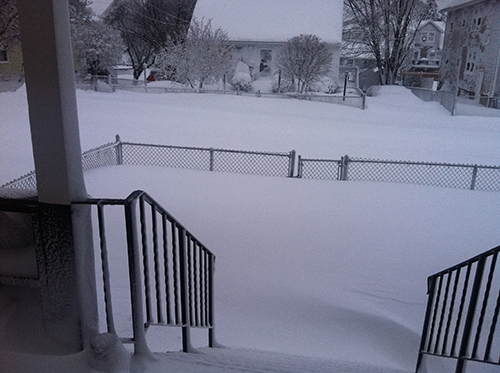 The Sunday of the Pilgrim we were hit with another storm, and conditions were perilous. We had optimistically picked up our packets the day before, but when we looked outside the morning of, we realized it wasn’t going to happen. Amazingly, the run went ahead, but everything about the conditions screamed “danger!” so we decided not to go. It takes a lot for Hubby to turn down a run.

A week later, the Half at the Hamptons was also canceled days in advance due to forecasts of another weekend storm (third in a row). Hubby dutifully went and picked up his T-shirt at the event the race directors held to make up for the disappointment. Sadly, the weather turned out to be OK (if still slightly miserable) on the day, but the organizers made the right call.

We’re beginning to amass quite the collection of shirts for which we didn’t do the run (there are also a few from last year). I’m not sure what to do with them. If I wear them, even in the house, I feel like a fraud.

Before my hiatus, I had done four runs in 2013: the First Run, the Millennium Mile, the Quincy Frozen 5K, and the Veterans Inc. Indoor 5K. I didn’t get a single T-shirt out of them. At two I got beanies; at one I got nada because I registered too late; and the other was a no-frills, no-shirt affair. I realize I already have enough shirts to keep me in bedwear and quilts for life (counting the aforementioned shirts I didn’t sweat for) but still. I hope this isn’t a trend. Motivation in the form of shirts and beer is all I have left. (P.S., there has been a decided lack of beer lately, too.)

I have ongoing issues with my IT band, and now I apparently also have a bad lower back. I find it odd that my back has started to play up since I stopped running so frequently. Perhaps it’s an argument to get, er, back out there.

I know it’s de rigueur to blame everything on a crazy work schedule, but I am going to do it anyway, even if it turns me into one of those “too busy” people I have always had a hate on for. Don’t worry, I’ll snap out of it. 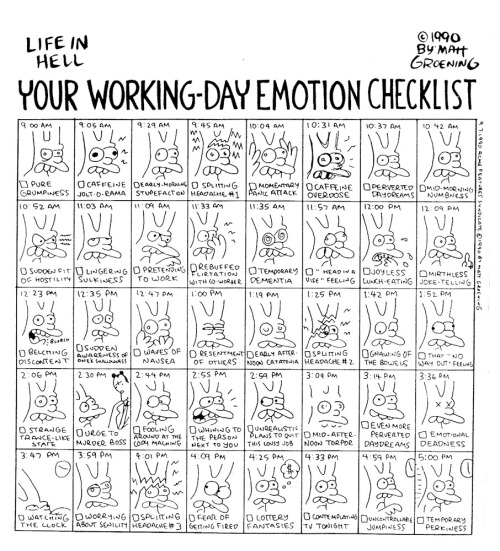 It will come as no surprise that I am not completely in love with running. I love the idea of it, I love what it does to my legs and my stamina, I love that it gives me something I can share with Hubby, I love that I have a legitimate reason to buy cute workout gear, and I love traveling around to races. I just don’t love the actual part where I need to propel myself forward at a rapid pace under my own steam.

I’m still working on this one.

I am supposed to be doing the NC Half on March 24. Some of you may recall that I did the 5K last year. When we signed me up for the 13.1 a little while back, it seemed like a great idea. We’ll see about that …

11 responses to “Drifting along with the tumbling tumbleweeds”